Speaking about the history of translation, one should remember the theories and names that have appeared in different eras. Indeed, each historical period brought certain changes to the translation process, and in different regions this process had its own characteristics.

Thus, the development of translation in the Western world differs from its development in the Eastern countries, and the emergence of one theory or another in each nation was accompanied by certain historical events.

Let us consider the main historical milestones in the development of the translation process in the West and in the East.

Translation in the western world 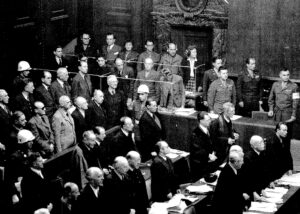 For a long time, the appearance of the translation was associated with the legend of the Tower of Babel from the Book of Genesis. According to the Bible, after the Flood, the descendants of Noah decided to settle on the plain of the land of Shinar. Here they committed a great sin: instead of forming a society according to the will of God, they dared to challenge God by building a tower to heaven. However, this plan was not destined to come true – the Almighty, having learned about these plans, re-established control over people, resorting to linguistic cunning. He forced them to speak in different languages ​​so that they would stop understanding each other, and scattered people throughout earthly space. The number of languages ​​became limitless, and people began to look for ways to communicate with each other. This is how the translation appeared (Abdessalam Benabdelali, 2006).

Another significant milestone in the development of translation is associated with St. Jerome (IV century A.D.). “His approach to translating the Septuagint into Latin undoubtedly influenced subsequent translations of Scripture” (Munday, 2001).

Further, for over a thousand years, the translation of the Bible has been the subject of much controversy in Western theories and ideologies of translation.

Controversy over Bible translation intensified in the 16th century, during the Reformation, when “translation came to be used as a weapon in doctrinal and political conflicts, as nation states began to emerge and the centralized authority of the Church began to weaken linguistically as the Latin language that was considered universal has fallen into disrepair ”(McGuire, 1980).

The invention of printing in the 15th century had a great influence on the development of translation and contributed to the emergence of such theorists as Etienne Dolet (1509-1546), who was executed for his heretical translation of one of Plato’s dialogues: the phrase riendutout (“nothing at all”) was a demonstrative denial of immortality.

In the 18th century, a translator was compared to a creator whose spiritual duty to the author of the original and the addressee is the same. Moreover, with the emergence of new theories and works on the translation process, the study of translation has become systematic, as illustrated in Alexander Frayer Tayler’s Principles of Translation (1791).

The 19th century was characterized by two conflicting trends. One group of theoreticians viewed translation as a category of thought, and the translator had to be creative and enrich the literature and the language into which he translates. Other researchers have given the translator the mechanical function of reporting a text or an author (McGuire).

The nineteenth century was a period of development of romanticism, which led to the emergence of numerous theories and types of literary translation, in particular, poetic translation appeared. An example is Edward Fitzgerald’s (1809-1863) translation of Omar Al-Khayyam’s Rubaiyat OmarAl-Khayyam (1858).

In the second half of the twentieth century, research in the field of translation became an important direction in teaching and learning a language in schools. A significant step was the creation of a number of translation methods and models. For example, a grammar-translation method of learning a foreign language was developed, taking into account the grammatical rules and structure of the language. The emergence of the cultural model was indicative of the degree of development of research in the field of translation during this period. This model required not only literal translation, but also taking into account cultural differences in the thought process, depending on the belonging to a particular society (Mehrach, 1977). With this model, we can distinguish between ethnographic-semantic and dynamic-equivalent methods.

Another model created during this period is the text-based translation model. In accordance with it, attention in the translation process is paid not to words or sentences, but to text units. This model, in turn, is subdivided into interpretation, text-linguistic and translation quality assessment models, which are further subdivided into a number of models: Riess, Wilss, Koller, House, North and Hulst.

This period is also characterized by the emergence of a pragmatic and systematic approach to the study of translation. Among the most famous researchers of the time were Jean-Paul Vinay and Darbelnet, who worked on the stylistic comparative study of French and English (1958), Alfred Malblanc (1963), George Mounin 1963), John C. Catford (1965), Eugene Nida (1964), who was greatly influenced by Chomsky’s generative grammar, which was reflected in his theories of translation, De Beaugrand. This segment of translation science continues to develop.

Currently, research in the field of translation has taken a different path, towards greater automation. The invention of the Internet, as well as the latest developments in the field of communications and digital technologies, have increased the scope of cultural exchange between nations. These changes have forced translators to look for more practical ways to translate more information at a lower cost. There was also a need to enter the world of cinematic translation – audiovisual translation appeared. The newest technology, called screen translation, is associated with working on various television programs, including motion pictures, series and documentaries. This area is related to computers and translation computer programs and includes two methods: dubbing / dubbing and subtitling. In fact, audiovisual translation has marked a new era in translation.

Thus, translation in the Western world has a very rich history. Since its inception, it has been the subject of much research and controversy among theorists. Everyone approached translation from their own positions and developed their own field of study, which determined the development of the science of translation.

Translation in the East

The origins of translation in the East date back to the time of the Syrians (first half of the 2nd century AD), who translated into Arabic a rich heritage dating back to the era of pagan beliefs (Bloomshark, 1921, 10-12; cit. Addidaoui, 2000). The methods used in Greece have greatly influenced the work of the Syrian translators. The Syrian texts were literal and close to the original (Ayad, 1993, 168; cit. Addidaoui, 2000). According to Addidaoui, one of the best Syrian translators was Jarjas. His famous translation of Aristotle’s In the World is very accurate and close to the original.

Also significant for the history of translation is the era of the Prophet Muhammad (peace be upon him). The spread of Islam and communication with foreign-speaking peoples, such as Jews, Romans and others, prompted the prophet to seek translators and promote the teaching of foreign languages. One of the most famous translators of that time was Zaid Ibnu Thabet, who played a key role in translating the letters of the prophet addressed to the kings of Persia, Syria, Rome and the Jews, as well as the responses of the kings to the prophet.

The next era of significant changes in the field of Arabic translation is associated with the Holy Qur’an. According to Ben Chakroun (2002), the earliest translators of the Quran focused on conveying its meaning. For example, Salman El Farisi brought the meaning of the Al-Fatiha surah (Opening the Book, the first surah of the Qur’an – Ed.) To the Muslims of Persia who did not speak Arabic. Ben Chakroun (2002) argues that many translations of the Qur’an have survived in Western libraries, and some of them, such as the Greek translation of the philosopher Naktis, date back to the 3rd century BC. NS. The translators showed particular interest in the Holy Qur’an. Sheikh Mohamed Al-Hafid Al-Boukhari translated it into Persian, and Sheikh al-Fadl Mohamed Ben Idriss al-Badlissi translated it into Turkish.

Despite the growth in the number of translations of the Koran, this issue has been and remains the subject of numerous disputes and disagreements in the East. An example is the situation that arose after the translation of the Koran into Turkish by the Turkish government under Mustafa Kemal Ataturk. He sought to use the translation instead of the original text as a way to spread atheism in the Muslim country. This provoked a wave of criticism from the Arab intelligentsia, journalists and muftis.

Further, important events related to the development of translation in the East took place in the so-called “first Abbasid period” (750-1250). Translation began to develop during the reign of Caliph al-Mansur, founder of Baghdad, and Caliph al-Mamun, founder of Beit al-Hikma (House of Wisdom – Islamic Academy in Baghdad – Ed.) – the largest translation center of that time. The translators paid great attention to Greek philosophy, Indian science and Persian literature (Al-Kasimi, 2006).

The history of Arabic translation is also associated with the name of al-Jahid (Al-Jahid, 868-577 BC), one of the greatest theoreticians of the science of translation. His theories and work in this area are still used by many professional Arabic translators today. According to al-Jahid (1969), “the translator must know the structure of speech, the customs of people and the way they think and communicate with each other.”

In addition to insisting on the structure of the language and the culture of its speakers, al-Jahid considered it very important to check the translation. He summarized his theories in two books: Al-Hayawan (1969) and Al-Bayan Wa Attabayyun (1968).

Egyptian professor Mona Baker (1997) identifies two main methods of Arabic translation. The first, which was created by Yohana Ibn Al-Batriq and Ibn Naima Al-Himsi, is based on a literal translation: an Arabic equivalent was defined for each Greek word. The second method, by Hunayn Ibn Ishaq Al-Jawahiri, is semantic translation: the text retains the meaning of the original and is very easy to understand.

Many changes have now taken place in translations into oriental languages. The growth of research in this area contributed to the development of translation as a science and the emergence of new theorists. In addition, the development of translation in the East was given an impetus by the use of computers, digital technologies and the spread of various terminology databases, which provide a significant number of dictionaries. All this led to the formation of various translation associations, such as the “Committee of Arab Translators” in Saudi Arabia. However, if we compare the number of books translated by Eastern and Western linguists, it becomes obvious that the gap between them is still significant. Thus, the volume of translations carried out in the East since the time of al-Mamun does not exceed 10,000 books – this is less than what is translated in Spain per year (Ali Al-Kasimi, 2006).