Multilingualism is the main characteristic of Europe. But at the same time, this is considered the main reason why Europeans do not always manage to get along with each other.

The Dane has the last laugh. This wise saying, born within the walls of the European Parliament, should in no way be interpreted as an allusion to the lack of humor among the people of Denmark. It only appeared as a consequence of the particular difficulties encountered in the course of interpretation into Danish during the plenary sessions of the European delegates. If, for example, the Greek delegate decides to dilute his speech with humor, then the meaning of the joke, translated in synchronous mode, will reach the listeners, speaking, say, in French and English, without distortion. As for the Danish translator, due to the insufficiently high level of knowledge of Greek, he will first have to resort to the services of his colleague translating into one of the intermediate languages, and only after that to convey what was said in his native language, so that compatriots have the opportunity to laugh at the joke, as well as everyone around. 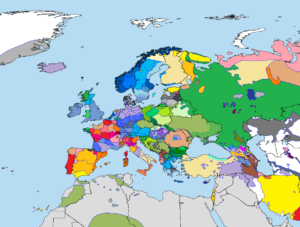 All events held in the EU government circles – debates in Parliament, countless conferences in the Commission, meetings in the Council – are accompanied by relay translation services (via a third language). True, this thorough method is unlikely to provide a complete understanding. Time delays, the possibility of errors in the translation process as a result of the use of intermediate language means, as well as the fact that with this method of translation, the stylistic tone in which the speaker’s speech is sustained is lost, lead to the fact that parliamentary debates in Strasbourg and Brussels are sometimes sufficient boring and monotonous.

“We need to find the best way as soon as possible to help us improve this ‘Babylonian’ relationship in EU government circles,” said Gerhard Weber, Director of the Translation Service at the European High Court of Justice (EuGH) in Luxembourg. His subordinates, including 230 qualified lawyers, each of whom speaks five to six foreign languages, annually translate up to 330,000 pages of texts of increased complexity. They are considered the fastest and best translators in the entire European Union. Even so, they are not meeting the plan for at least 140,000 pages. The problems associated with insufficient staffing lead to unforgivable delays. The announcement of sentences is postponed for months. Here is an illustrative example: about a year ago, in the process of adjudication in the case of the so-called “cement cartel”, 23,380 pages of text containing testimonies of the persons involved were to be translated. This work was carried out by 20 translators for a whole year.

Even if the European Union expands by only five states, Gerhard Weber believes that the volume of his annual assignment will double. To cope with this, he will need about 500 experienced translators, fluent in languages ​​such as Estonian or Slovenian, and at the same time having a legal education. But, unfortunately, there are very few such specialists today.

We can say that the EU Supreme Court itself gave rise to this problem when it proclaimed the superiority of European law over the national law of the EU member states. Multilingualism is the reason for the emergence of various kinds of legal inconsistencies, since different versions of the interpretation of the same directive give rise to different ways of interpreting the law. On the other hand, Gerhard Weber believes that if this or that law is not spelled out in the same form in each of the official languages ​​of the EU, then European law will not be valid in the EU member states. Therefore, the legal translation of legal acts into official national languages ​​cannot be ignored.

Despite this, reform in the field of language standardization in the EU is inevitable. No one understands this better than European politicians who regularly have to deal with the Tower of Babel erected in the EU. How do you deal with this confusion? After all, language is an important factor in the execution of power. Those who are able to debate in their own language usually have an advantage over their foreign counterparts and do not get tired as quickly as they do. Do not forget that knowledge of the official language increases the participant’s prestige in the eyes of others present.

The current situation prompts many European institutions to show ingenuity, as well as to assign the Latin language the status of a service language. This may sound unlikely, but this is the case. For example, in Finland all important documents – to the delight of the Vatican – have long been published in Latin. This initiative was a reaction of the Finns to the protest of the German government against the fact that in the 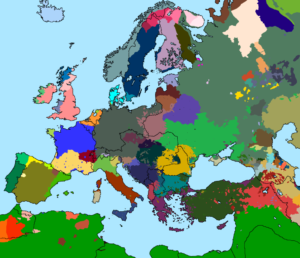 Council of Ministers of the EU the German language is in an unequal position with French and English.

In general, this problem in one way or another affected the main institutions of the EU. In the Commission and the Council of Ministers, French, English and to some extent German have long been de facto internal working languages, which inevitably gives rise to the national vanity of the representatives of the respective states. The German government, which represents a large linguistic group of about 100 million people, feels disadvantaged. The French government, in turn, notes the fact that English is gradually replacing French, one of the languages ​​of the founding countries of the EU, into the background. And Spain, for example, regards the ongoing language regulation as a way to deliberately highlight the differences between the governments of Northern and Southern Europe.

In the end, representatives of other European languages ​​that do not have an official status on the territory of their distribution also want to express their opinion. Thus, the Catalans are advocating that the Catalan language should also be ranked among the official languages ​​of the EU.

Paper mountains
Regulations and international conventions, policy documents and speech texts, financial plans and minutes of meetings – there is no document that does not go through the EU Translation Service. Total annual productivity is over a million pages. Most often translations into German are made from French and English. German is ahead of English and French in terms of the number of translated pages.

Since 1998, translators have been able to use a program that, using the existing database, compares the content of the source texts with those previously translated and, in case of sufficient similarity, offers its own version of the translation. There is another support: the automatic translation system is capable of processing up to 200 pages per hour. Within minutes, the Systran system offers a “raw” translation, which then needs to be “manually” edited to ensure acceptable quality.