It is widely known that culture, social behavior and thinking cannot exist without language. Being unique in the social and national terms, as well as being a means of human communication, the language, by definition, bears both the imprints of ethical and cultural values ​​and the norms of behavior of this linguistic community. All aspects of life are reflected in the vocabulary of the language. But it is important to note that the grammatical structure of the language more accurately reflects the mentality of the nation, since it is closer to thinking.

If the number of words in a language expresses the content of the surrounding world, then the grammatical structure of the language is the internal organization of thinking. This important concept was first expressed by Wilhelm von Humboldt.

“Repeated repetition of certain relationships creates a so-called category of experience in a person’s head. Essentially it is a conceptual category that can be expressed in language. How this category can be depicted in language depends on linguistic creative thinking. Linguistic creative thinking can make a choice of means of expression, it can determine the semantic volume of a category, the features of its compatibility, and so on. ” [B.A. Serebrennikov. The role of the human factor in the language. Language and thinking]. National categories provide a solid foundation for the morphological categories of language. They are the formation units of the system and correspond to the basic features of any language. Obviously, the gender category is one of the most important categories in the Russian language. This category divides all names, objects into 3 groups in accordance with the external signs of the form, for example, endings. It is not difficult for native speakers of the Russian language to determine the generic characteristics of nouns, while for foreigners, memorizing the rules for assigning nouns to one or another genus is not an easy task. This is quite natural, since the difference in gender (feminine, masculine and middle) is present in the linguistic consciousness of Russian people, while a foreigner requires considerable effort to master this category, understand and root it in his linguistic consciousness, and then apply it in speech. This property is a characteristic of all morphological categories, regardless of the type of language: they constitute the support of linguistic consciousness. 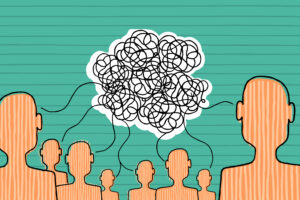 categories are usually formed in any language as a result of long-term generalization of specific lexical material. Thus, for all Turkic and Slavic languages, the semantic concept of number has become the dominant characteristic of nouns in the semantic sense. But the concept of number (one – many) is a semantically general concept (universal) for many languages. However, it cannot be argued that this category is the main one for speakers of any language. “… the facts of language are not a cause, an effect; not all categories of collective thinking are expressed precisely by linguistic categories, and on the other hand, not everything that is expressed by language belongs to the most perceived and socially most important ”[World Languages: Problems of Language Variation].

There are two main conditions for a category to become an integral property of a particular language: first, it must be a mandatory characteristic of the basic vocabulary, which determines its constant presence in the speech of a native speaker; and secondly, this semantic dominant consists of several “segments” and applies to all words of a particular part of speech, dividing them into forms that are opposite to each other. Such opposite forms exist as logical and semantic oppositions of linguistic consciousness. The grammatical opposition “one-many” is characteristic of the Russian and Kyrgyz languages, therefore, their speakers have a more accurate characterization of the number of objects due to the corresponding grammatical features (Russian: book – books, Kyrgyz: kitep – kitepter, and so on).

In different languages, the composition of grammatical categories is different, since in each language there is a “selection” of vocabulary features suitable for it, which is a long historical process. The grammatical system of any language is the most static and least subject to change in the language structure. Its creation takes many centuries and even millennia, therefore, the peculiarities of the national mentality and thinking cannot but be reflected in it. They are determined by the social and political climate, cultural and ethical values ​​characteristic of a particular nation.